Bright Flashes of Hope in a Season of Darkness 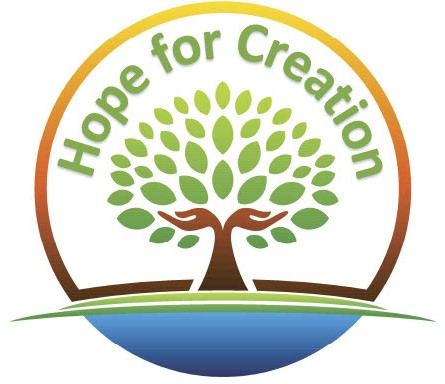 While there are dark days, there are many moments still filled with hope.

These are dark days for our world. The Russian invasion of Ukraine and the newly released IPCC report on the impacts of climate change invoke our fears for the future of our planet and its inhabitants.

Given the darkness and concern on a global scale, several tiny pinpricks of hope in Kalamazoo’s faith-based climate action efforts shine even brighter today.

A founding member of Hope for Creation, Kalamazoo’s Reform Jewish congregation, Temple B’nai Israel, has received the first ever Cool Congregations Award for Electric Vehicle Leadership. The congregation’s Green Team was recognized this week by the national Interfaith Power and Light for installing E/V charging stations in its parking lot and spreading the word about this opportunity to other local houses of worship. “Recognizing climate change as an existential threat to God’s creation, we are looking at every way to minimize our environmental impact,” said Simone Schicker, Rabbi at Temple B’nai Israel.

Hope for Creation’s provision of volunteer labor to receive, sort, and pack a year’s worth of EPS foam recycling in the City of Kalamazoo’s pilot program contributed to the recent decision to institutionalize the landfill-reducing program. A next drop-off date on April 30 will be followed by more information on how the City will continue the recycling effort for the plastic known as Styrofoam, which was not previously accepted by local recycling efforts. According to Hope for Creation’s Rick Welch, the program has been quite popular with City residents seeking to recycle polystyrene, from coolers to carryout containers.

We have also been buoyed by the recent vote by Oshtemo Township trustees to declare a Climate Emergency. Oshtemo follows in the footsteps of the City and County of Kalamazoo, the City of Portage, and Kalamazoo Township in recognizing the local urgency of this global challenge. There are still multiple municipalities in the county which have not yet recognized the impacts of climate change on their residents and systems – we look forward to seeing more townships being urged by resident congregants to join in this important wave of local declarations.

Small steps, yes, but they may spark larger, more systemic change in our southwest Michigan communities.

With gratitude and hope for Creation,